John Thorn Speaks at LOC on The Origins of Modern Game: The Laws of Baseball

Don’t Miss…
The Origins of the Modern Game: The Laws of Baseball 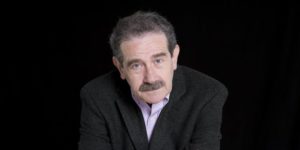 When
Sat, July 14, 2018
1:00 pm – 2:00 pm
Where
Whittall Pavilion
Thomas Jefferson Building, ground floor
10 First Street SE
Washington, DC 20540
The Origins of the Modern Game: The Laws of Baseball
John Thorn, the official historian of Major League Baseball, will discuss original documents from the landmark 1857 meeting of New York baseball clubs that established the rules of the modern game. Recently rediscovered, the “Laws of Base Ball” manuscripts will be on view in “Baseball Americana” beginning June 29, 2018.
Request ADA accommodations five days in advance at (202) 707-6362 or ada@loc.gov. Registration for the program is also required.
About the Summer of Baseball Programming:
A vintage baseball clinic based on the game’s 19th-century rules, a children’s performance about African-American ballplayers, a conversation with “Moneyball” author Michael Lewis and a screening of the popular film “Field of Dreams” will highlight a summer of programs to accompany the new exhibition “Baseball Americana” at the Library of Congress.
Baseball Americana Family Day on Saturday, July 14, will present a daylong series of free baseball-themed events and activities for visitors of all ages. The day will include a vintage baseball clinic based on the rules of the game from the 19th century; “Black Diamond,” a play for children from Smithsonian’s Discovery Theater about some of the game’s first black players; a demonstration on the craft of bat making; and a presentation about the original “Laws of Base Ball” by Major League Baseball’s official historian. All events will take place at the Library’s Thomas Jefferson Building.
Learn more here.