Spring Training or Law School? That is the Question.

Baseball Pitchers and Catchers have reported to Spring training and are back in action! MLB teams are reporting to sunny Florida and Arizona in preparation for the 2018 season. Moe Berg spent 15 years in major-league ball with most of them as a catcher. 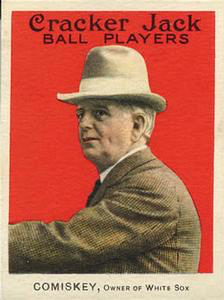 In 1926 White Sox owner Charles Comiskey granted Berg’s request to miss spring training so he could finish the semester at Columbia law School. However, in February of 1927, Moe contacted Charles Comiskey to request permission to report late for spring training again. Comiskey wrote back ”My Dear Young Man, The time has come when you must decide as to the profession you intend following. If it is baseball, then it is most essential and important to the club and yourself that you report for spring training. Whether or not you decide to play baseball, the Chicago Club must continue, so you may rest assured that whatever action you take will make no difference to us.” Berg wrote back, unconvinced, and Comiskey’s next letter read, “should you decide that you would report for spring training, I might tender you a contract with an increase over the contract which you now have in your possession.” Berg did want to play baseball, so he got a leave of absence from the law school dean for the remainder of the academic year. As a result of reporting late, he spent the first three months of 1927 on the bench and that was when Manager Ray Schalk yelled, “Get me another catcher, quick.” Berg told the manager that the team already had another catcher – referring to Earl Sheely, but Schalk misunderstood and thought Berg was volunteering so put him in as catcher. Moe did eventually complete his law studies at Columbia (his father wanted him to be a lawyer) and received his degree in 1930.